The Woman Who Went in Pieces 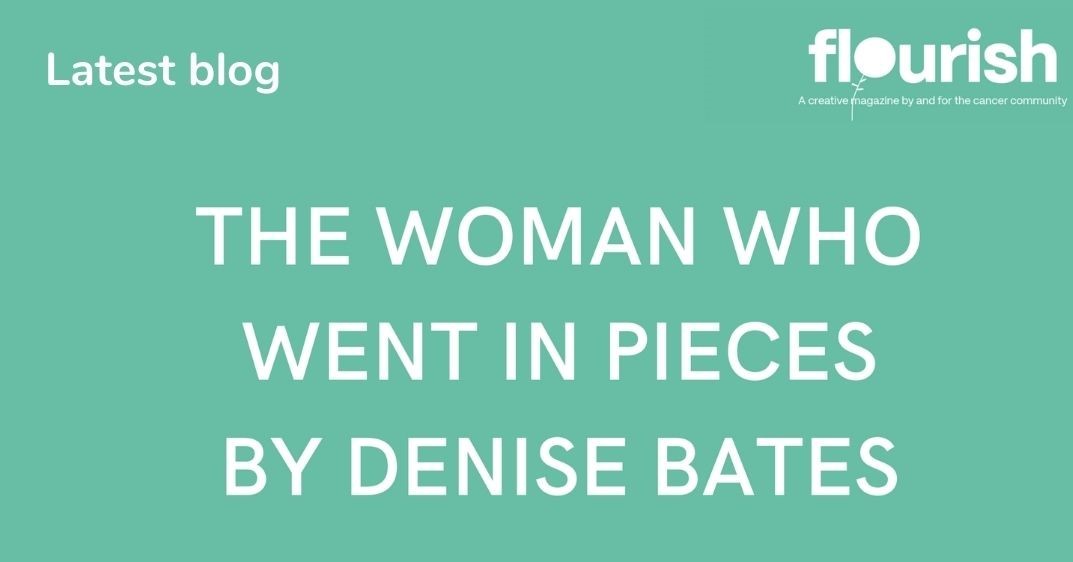 The Woman Who Went in Pieces
by Denise Bates

Over the years, they took parts of her away. It started with a very big piece, a very long path snaked across her abdomen to mark its going. Other parts left only small marks, reminders of where they’d been. Then there were smaller pieces, sometimes only cells. They all went to be looked at, stained and frozen for future examination. One piece even travelled across the country for someone else to keep.

And then it was all over. All the parts they wanted had gone.

Next they decided to take away her core, her life spirit. An essence they hadn’t been able to get to yet. And when that started going silently, little by little she knew. The days became darker, the nights became longer and she retreated to a corner where, as long as she didn’t make a fuss, nobody minded, nobody noticed.

They also gave her a number. To some, the number made her totally invisible and not worth their time, only a curious, cursory, sympathetic glance. Her number was 4.

She took what was left of her while she could and stood on the sand by the sea in the wind and roared. Nobody heard and nobody noticed but her.

Alongside the print version of Issue One of Flourish Magazine, The Nourish Issue (available here: https://yestolife.org.uk/flourish-magazine/) we are releasing weekly digital content on the Artlift and Yes to Life websites, such as film, creative writing and blog posts. This week’s digital piece is a piece of prose by Denise Bates, ‘The Woman Who Went in Pieces’. Please note: this piece contains themes of depression and loneliness.

Denise said: “I have been living with two primary cancers since 2014 and have been a Cancer Whisperer with Sophie Sabbage for many years. Writing is a way to order your thoughts and express what you feel in the frustrating moments. I wrote this piece in Feb 2019. I had finished an Immunotherapy trial for stage 4 HCC in June 2018, had a lumpectomy for breast cancer in Dec 2018 and was awaiting radiotherapy. It was a rage against how hormone treatment makes you feel and also being an Invisible Stage 4 patient, inspired by the book Roar by Cecelia Ahern.”

Submissions are now open for Issue 2 of Flourish Magazine, find out how to apply here.